You may also contact the entire council by email at council@leesburgva.gov. 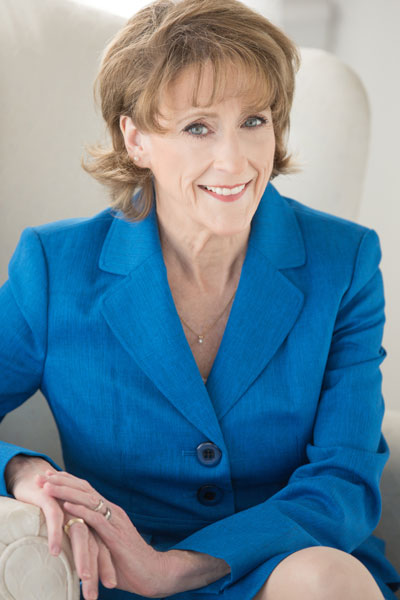 In November 2007, Kelly was elected to represent the Leesburg District on the Loudoun County Board of Supervisors.  She served on the Board from 2008 through 2011.  During her tenure with Loudoun County, she chaired the Board's Transportation and Land Use Committee. She is currently one of the Council's two representatives to the joint Annexation Area Development Policy committee.

Mayor Burk serves as the Council liaison to the following Town boards and commissions:

She also represents the Town of Leesburg on the following county and regional bodies:

A Leesburg resident since 1979, Kelly was a special education teacher with Loudoun County Public Schools and retired in June 2014.  She holds a Bachelor's Degree in Education from George Washington University and a Master's Degree in Middle School Curriculum and Instruction from Virgina Tech. Kelly is a past president of the Loudoun Education Association (1996-2000) and served on the Board of Directors of the Virginia Education Association from 1994 to 2000. In 2001, the Loudoun Commission on Women honored Kelly as the Woman of the Year for Education and Training. 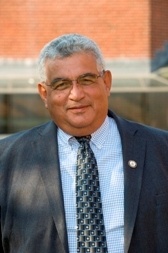 Marty Martinez was elected to his first term on Town Council in May 2002 and has been reelected for four additional four-year terms. He was elected Vice Mayor in January 2019 and previously served as Vice Mayor from July 2004 to June 2006.  He earned his B.S. degrees in Economics and Computer Science from Portland State University.  He represents the Town on the Virginia Municipal League's General Laws Committee.

He previously served as Council liaison to the Leesburg Economic Development Commission, the former Leesburg Information Technology Commission and the former Leesburg Cable Television Advisory Commission.  Before his election to Council, he served on the Loudoun County Parks and Recreation Commission as well as the Loudoun County Community Services Advisory Board.  He is one of the Town's two representatives to the joint Annexation Area Development Policy committee.

Originally from California, Vice Mayor Martinez proudly served his country (during the Vietnam-era conflict) in the United States Air Force for over seven years.  He has resided in the Town of Leesburg with his wife Doris and children since 1993 and has worked as a government contractor supporting the Federal Aviation Administration (FAA).  He is active in the community, participating and coaching several youth and adult sports leagues and previously serving as a Den Leader for Boy and Girl Scouts.  He has served as President and member of several school organizations, founded Heritage High School Project Grad, and helped to co-found the Boys and Girls Club of Loudoun County and La Voz, a Hispanic Advocacy Group.  He has served on the Board of Directors (part of his tenure was as Vice Chair) for the Paxton Campus, a full service organization for children with special needs.  He has served for the Governor on the Aerospace Advisory Council and currently serves on Loudoun County's Transit Advisory Board.

Ron Campbell was elected to Town Council in November 2016.  Prior to his election to Council, he served on the Leesburg Technology and Communications Commission and the Leesburg Environmental Commission. He is currently member of the Loudoun County Community Criminal Justice Board. Previously, Ron served on two Virginia state task forces on sexual violence, one dealing with institutions of higher education and one with K-12 schools, led by then Lt Governor Don Beyer.

Council Member Campbell represents the Town of Leesburg on the Virginia Municipal League's Finance Committee. He serves as Council liaison to the Thomas Balch Library Commission.

Council Member Campbell was born and raised in the Bronx, New York. Through school and work, he has lived in New Jersey, Ohio, Pennsylvania and Minnesota. He has been a resident of Leesburg since 2001.

Ron graduated from Brooklyn Technical High School in New York City, has a Bachelor’s degree in American Studies from Heidelberg University in Tiffin, Ohio, and a Master’s Degree in Counseling, Human Services and Guidance from Montclair State University in Upper Montclair, New Jersey. In addition, Ron has completed doctoral coursework in Human Sexuality from the University of Pennsylvania.

Council Member Campbell worked in higher education administration for over 27 years, including as the Associate Vice President for Student Development and Athletics at the University of Minnesota. In 2000, Ron established his own business development consulting company, College Business Concepts, LLC. From 2012 to 2015, he served as the Chief Executive Officer for the National Association of College and University Auxiliary Services, located in Charlottesville, Virginia.

Tom Dunn was first elected to Town Council on 2008.  He holds a B.S. degree in Social Studies from Mary Washington College in Fredericksburg.

Council Member Dunn is a Certified Planning Commissioner and has 16 years experience in mortgage banking. He formerly served with the U.S. Army Combat Engineers for eight years and is currently the president of VCR, Inc., a marketing company he founded.

Council Member Dunn has been and continued to be an active community volunteer, having held various volunteer positions with the Cub Scouts, Boy Scouts, Little League, Youth Football, Balls Bluff PTO and Loudoun County School of Ballet. He directed youth summer camps at Morven Park, Oatlands and the Loudoun Museum and is a volunteer tour guide at Balls Bluff Battlefield. He is a member of the Leesburg Downtown Business Association and the Christian Fellowship Church. Suzanne Fox was first elected to the Leesburg Town Council in November 2014. She is the Council's representative to the Northern Virginia Transportation Authority's Planning Coordination Advisory Committee.

Council Member Fox is the owner of Legacy Weddings, a wedding planning/coordinating business, and is a Civil Celebrant for the Commonwealth of Virginia. In addition, she and her husband, Bill own and operate Weddings on Wirt Street, a small wedding venue in downtown Leesburg. 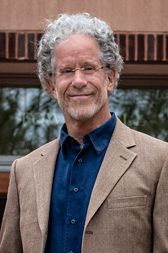 Neil Steinberg was elected to Town Council on November 6, 2018, and took office on January 1, 2019. He represents the Town of Leesburg on the Virginia Municipal League's Environmental Quality Committee.

In addition, he is the Council liaison to the following Town boards and commissions:

Council Member Steinberg grew up in Fairfax County and attended Virginia Tech where he served one year in the Corps of Cadets Army ROTC and studied engineering, political science and theatre.

Council Member Steinberg and his wife, KD Kidder, moved to Loudoun County in 1975. They began their business, Photoworks, a photography, imaging services, and framing business, in 1979. They have operated it ever since at the same location on the corner of Loudoun and King Streets in downtown Leesburg. Photoworks and the Potomac Gallery were the founders of the downtown’s First Friday Gallery Walk, now the very successful event known as First Friday.

Council Member Steinberg has studied martial arts since the early 1980’s and holds black belts in three disciplines, including a Master level (5th degree) in taekwondo. He has been an instructor for Grand Master Eunggil Choi at United States Taekwondo Martial Arts Academy (in Leesburg) for more than twenty years. In that avocation he has taught and watched as his students have grown from young children into adults with families of their own. Over the years he has been involved in a variety of downtown business organizations, serving as president for what was the DBA. He is a member of the local branch of the NAACP.

Neil and KD spent thirty-one years living in rural Loudoun, south of Bluemont, and moved to Leesburg in 2008. Together they live with KD’s mother, Doris Kidder, and two cats.

Joshua Thiel was elected to Town Council in the February 6, 2018, special election. He represents the Town of Leesburg on the Virginia Municipal League's Community & Economic Development and Transportation Committees.

In addition, he is the Council liaison to the Leesburg Economic Development Commission.

Council Member Joshua Thiel is an 18-year town resident and served on the town’s Economic Development Commission and formerly served on Northern Virginia Technology Council. He is an active member of Leesburg Presbyterian Church in downtown Leesburg, and helps run the youth group and men's group.

He proudly attended Loudoun County Public Schools from elementary school through his graduation from Heritage High School. Council Member Thiel attended Saint Francis University in Loretto, Pennsylvania where he received his Bachelor of Science in Marketing and Communications. At Saint Francis, he was a 2nd Team All-American place kicker and a four-year starter for the Red Flash football team.

Council Member Thiel is the owner of his own company in Leesburg, JT Kicking and Training, which helps high school and college athletes train to play at the next level of sports. Josh coached soccer and football at Tuscarora High School and was a youth football coach for the AYFL for a number of years.

Josh and his wife Abigail live in Crescent Place near downtown Leesburg with their dog Odie. He is son to Phil and Elaine who reside in Leesburg along with his brothers Joey and Jacob Thiel.