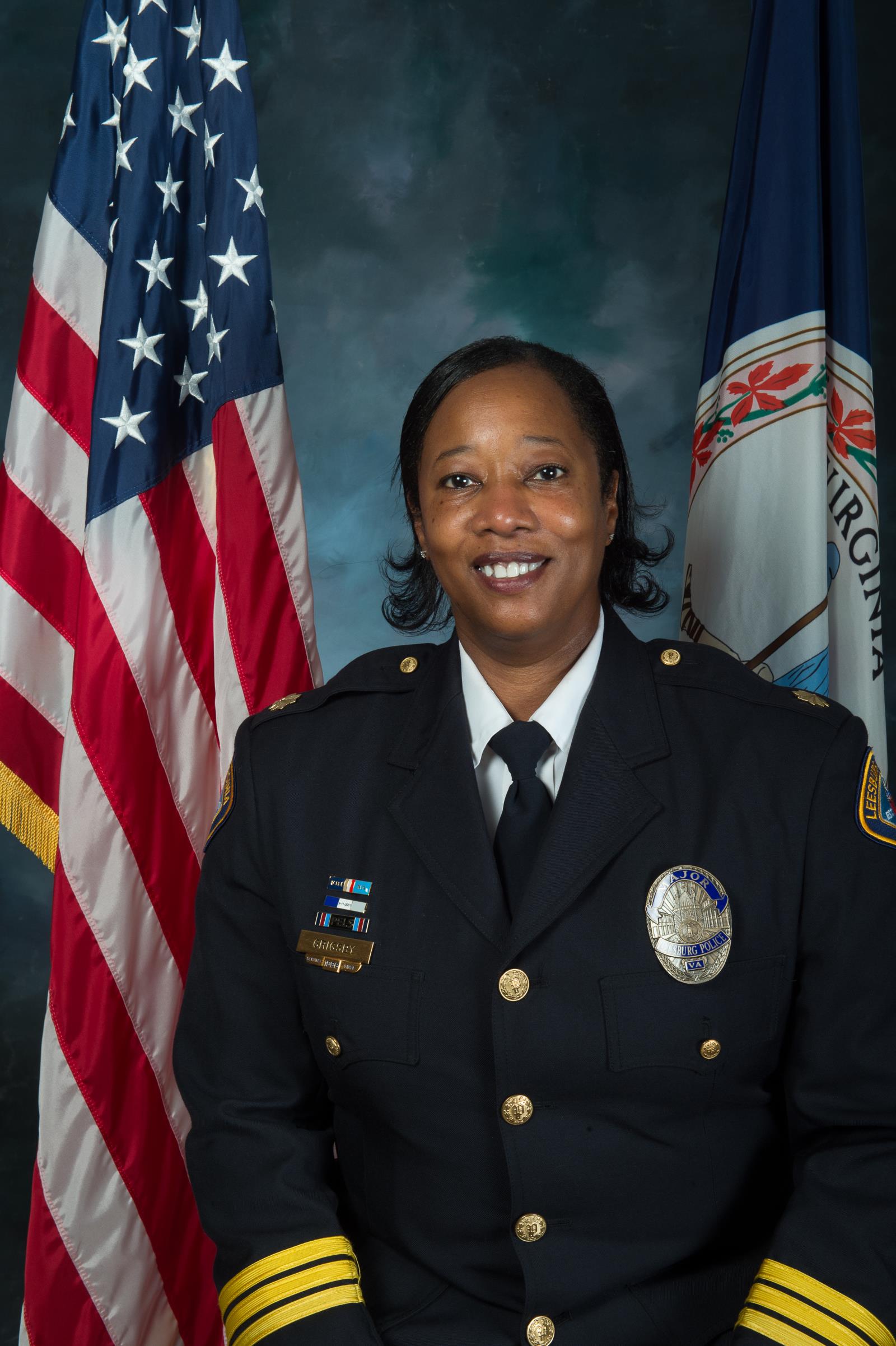 Major Vanessa Grigsby is the Deputy Chief of Police for the Leesburg Police Department. Major Grigsby joined the department in 1996 and has held a variety of assignments to include Patrol, Community Services and Criminal Investigations as well as Interim Chief of Police.  Major Grigsby's accomplishments include establishing the department’s first junior police academy in 2000, formulating the agency’s false alarm program, and playing an active role in creating the agency’s domestic violence protocols.

Free viewers are required for some of the attached documents.
They can be downloaded by clicking on the icons below.