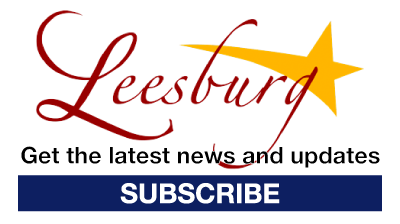 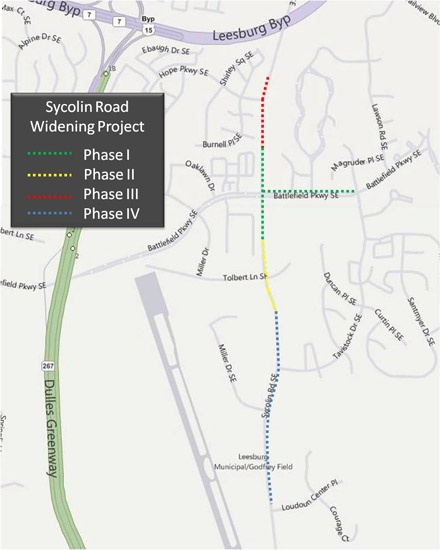 Sycolin Road (Route 643)/ Plaza Street is the only continuous north-south arterial route in Leesburg other than Route 15.  This corridor south of the Town has experienced considerable development growth in recent years.  This has included commercial and residential developments, such as Oaklawn near Battlefield Parkway.  The road also provides access to the Leesburg Executive Airport (the second busiest general aviation airport in Virginia), and Loudoun County facilities such as the new Bolen Regional Park.

Within the past several years, Loudoun County has improved the portion of Sycolin Road immediately south of the Town limits, and VDOT has reconstructed the previously unpaved segments between the Town and Belmond Ridge Road.  As a result of the improvements and the development in the Town and the County, traffic volumes have increased significantly in recent years.

Because of this increase in volumes, additional traffic capacity is required to reduce congestion and to increase safety.  The widening project also provides needed facilities for pedestrians and bicycles.

The total widening project extends approximately 1.5 miles from near the Route 7/15 Leesburg Bypass to the southern Town corporate limits.  The project includes reconstructing the road from its existing two lanes to a four lane divided roadway with curb and gutter, sidewalk and trail.  The project is being constructed in phases based on available funding.

Construction of this phase of the project was completed and the road was opened to traffic in 2008.  The project included the widening of Sycolin Road through the intersection and reconstruction of Battlefield Parkway between Sycolin Road and Kincaid Boulevard.  Funding for this phase of the work was through Loudoun County Gas funds, developer contributions, and Town bonds and Utility Fund.

Construction of this phase of the project was completed in September 2011.  The project  included the widening and upgrade of Sycolin Road from the south end of Phase I through the Tolbert Lane intersection.  Funding for this phase of the work was through VDOT, developer contributions, Loudoun County Gas Tax, and Town Bonds and Utility Fund. 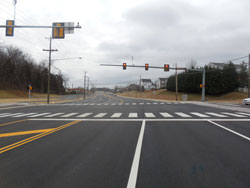 Construction of this phase of the project was completed in 2015.This project included widening Sycolin Road from the north end of Phase I through the Hope Parkway intersection.  Funding for this project was provided by Loudoun County Gas Tax, VDOT, developer proffers, Town Bonds and Utility Fund.

As of March 17, 2020 - Construction is underway.  The construction management firm for this project, Volkert, has provided a project status update.

Construction is estimated to take about 18 months to complete, which will include occasional road closures, detours, and flagged traffic.