Project Description: Virts Corner is the intersection of South King Street (Route 15), Masons Lane and Gleedsville Road at the southern corporate limits of the Town. The previous “K”-shaped intersection was controlled by three stop signs on Masons Lane and Gleedsville Road. The unconventional geometry of the intersection tended to cause driver confusion, which resulted in safety and capacity issues. Traffic volumes have increased significantly due to the opening of a new interchange on the Dulles Greenway at Battlefield Parkway. 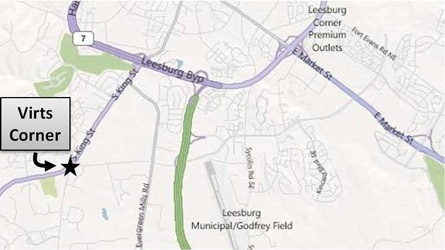 Funding for the project was primarily from Virginia Department of Transportation Revenue Sharing funds and from Loudoun County Gas Tax.