Please Note
The Leesburg Public Works & Capital Projects Department is responsible for clearing snow and ice from over 251 lane miles of public streets in the Town. With the exception of emergency requests from police dispatchers, individual requests for snow removal cannot be taken.

Following storms with large accumulations of snow, the Town will remove snow from the downtown area. The priority of downtown snow removal will depend, in part, upon whether the Courts are open or not. Because downtown snow removal requires different equipment than plowing the neighborhood streets, the two operations are frequently done concurrently.

To view an interactive map of the Town, showing the Town's snow removal priorities, as well as the private roads that are cleared by HOAs and the state routes cleared by VDOT, click on the map image below.  You can also download a PDF version of the map. 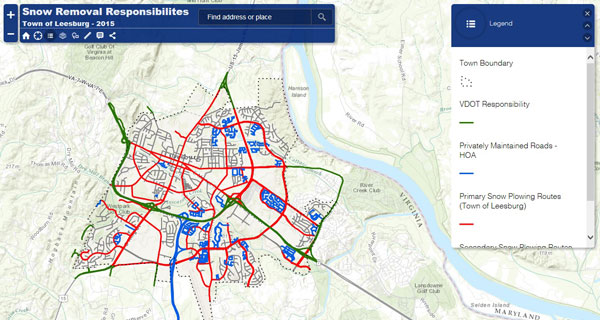 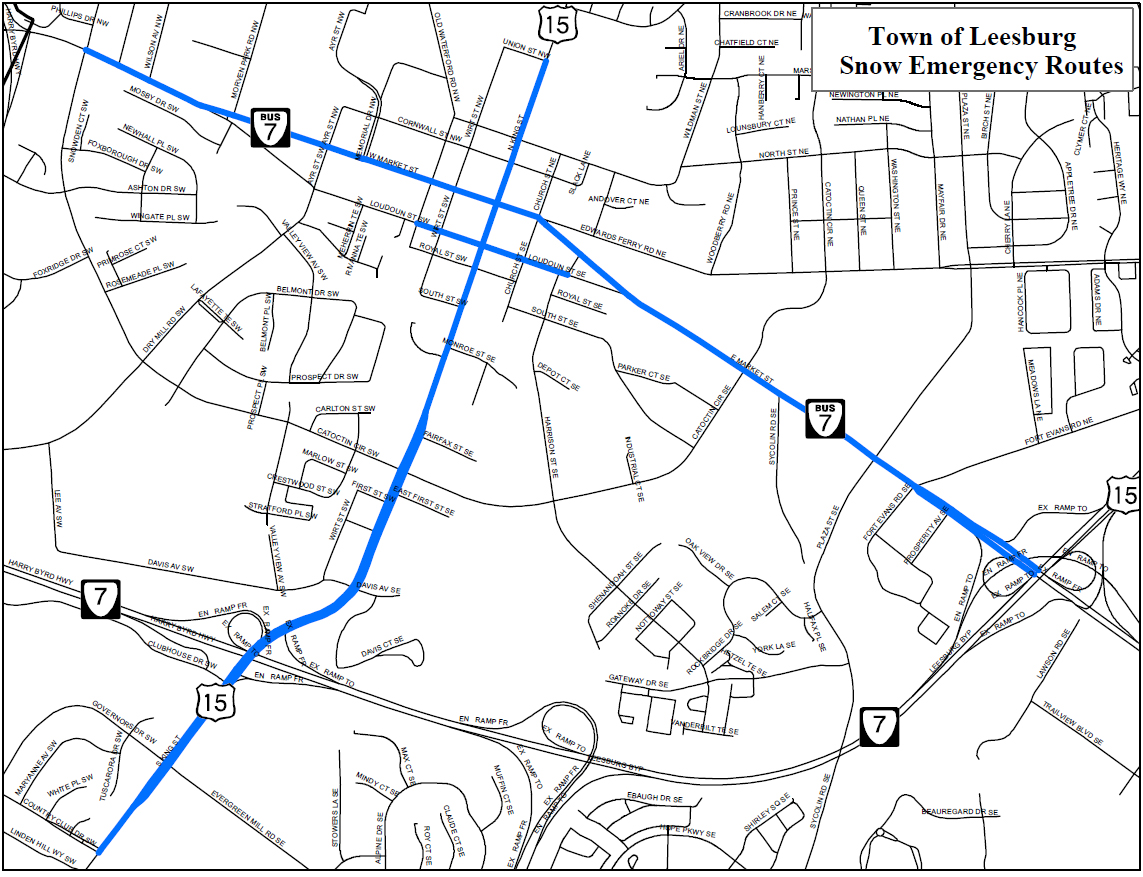 Snow and ice-related problems can also be reported using our online form.

Sidewalks
All public sidewalks adjacent to private property are the responsibility of the property owner. Property owners must clear sidewalks within 24 hours after the end of a snow or ice event.

Driveways
Town snow plows will not clear private driveways except under emergency conditions and with the approval of the Street Supervisor on duty. Snow from a private driveway may not be placed on or pushed across a Town street.

I Cleared My Driveway and a Snow Plow Pushed the Snow - and More - Right Back!
Unfortunately, in order to clear the streets, Town snow plows often push snow back onto sidewalks and driveway aprons. Visit our Snow Removal FAQs page for some tips on how to minimize the amount of snow that the plows will push back onto your driveway.