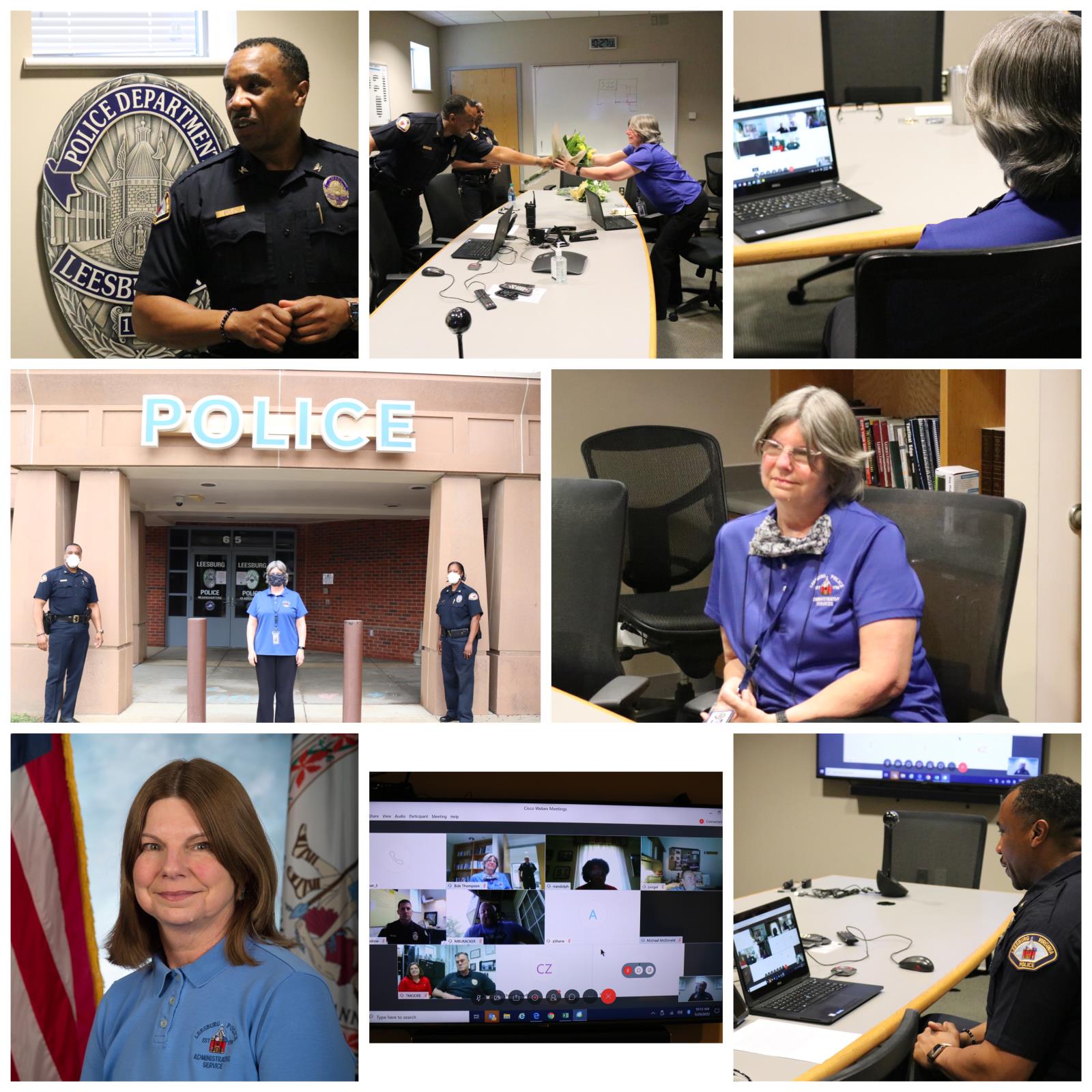 Sherry Bodine began her career with the Leesburg Police Department on November 16, 1998, when she was hired as a Secretary.  In March of 2004, Sherry was promoted Executive Associate, and has excelled at this position ever since.  Prior to her employment with the Town of Leesburg, Sherry worked for the DC Air National Guard’s Office at the Pentagon, for the Federal Bureau of Investigation (FBI) as a File Clerk and a Fingerprint Technician, for the Town of Lovettsville as the Town Clerk, Clerk of Council, and the Clerk of the Planning Commission, as well as operated an in-home daycare for several years

During her employment at the Leesburg Police Department, Sherry has served on the Accreditation Team, on the Career Development Board, and as a member of the Emergency Management Team.  Additionally, she has assisted with the INMED Mothernet annual holiday meal, managed the LPD Flower Fund, assisted with the Town’s annual bowling event, and has helped organize the Town’s annual summer cookout held at the Leesburg Police Department.

Sherry would like everyone to know that she has seen many positive changes over the past 21 years as the Leesburg Police Department has grown and become the professional agency that it is today.  She has no doubt that LPD will continue to serve Leesburg with the same Leadership, Pride, Dedication and commitment to community that she has witnessed over all of these years.  Sherry will greatly miss her LPD Family, and would like her coworkers to know that she is only a phone call away for operational advice.

Sherry, on behalf of Chief Brown and your LPD Family, thank you for all that you have done over the past two decades to better our community!