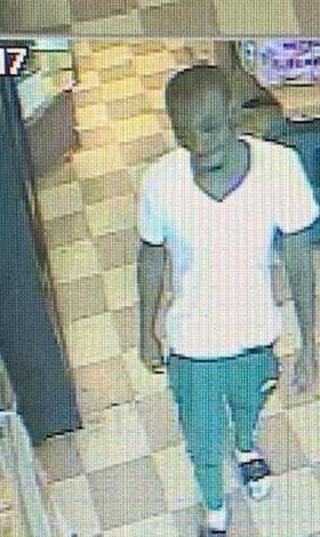 Loudoun County, VA- A suspect is in custody and charged in connection with the attempted robbery of a Sterling gas station Friday afternoon. The Town of Leesburg Police Department continues to investigate if the suspect is connected to an attempted robbery that occurred in their jurisdiction at a cash checking store a few hours earlier.

The arrest comes after an attempted robbery in Leesburg followed by a second attempted robbery in Sterling on September 13, 2019. The first incident occurred around 11:15 a.m. when the suspect entered Loudoun Checks Cashed in the Town of Leesburg. In that case, the Town of Leesburg Police Department reported the suspect entered the business located in the 20 block of Plaza Street, NE., before fleeing the scene. The second incident occurred shortly after 1 p.m. yesterday, when the suspect entered the Sunoco located on W. Church Road in Sterling, Va., brandished a firearm and demanded cash. There were no reported injuries and nothing was taken during either incident.

The attempted robbery in the Town of Leesburg remains under investigation.  The suspect who fled the scene of the Loudoun Checks Cashed attempted robbery is described as an adult male, skinny build, wearing green pants, a green hooded sweatshirt. A second person of interest has been identified and is described as an adult black male, skinny build, wearing a white t-shirt and green pants. (Photos Attached)

Anyone with information about the investigation or who can assist in identifying either subject is requested to contact the Leesburg Police Department should contact Detective M. Kadric at 703-771-4572 or at mkadric@leesburgva.gov.

The Loudoun County Sheriff’s Office and the Town of Leesburg Police Department coordinated efforts and resources throughout the investigation.

Gauzza remains held at the Loudoun County Adult Detention Center on no bond.