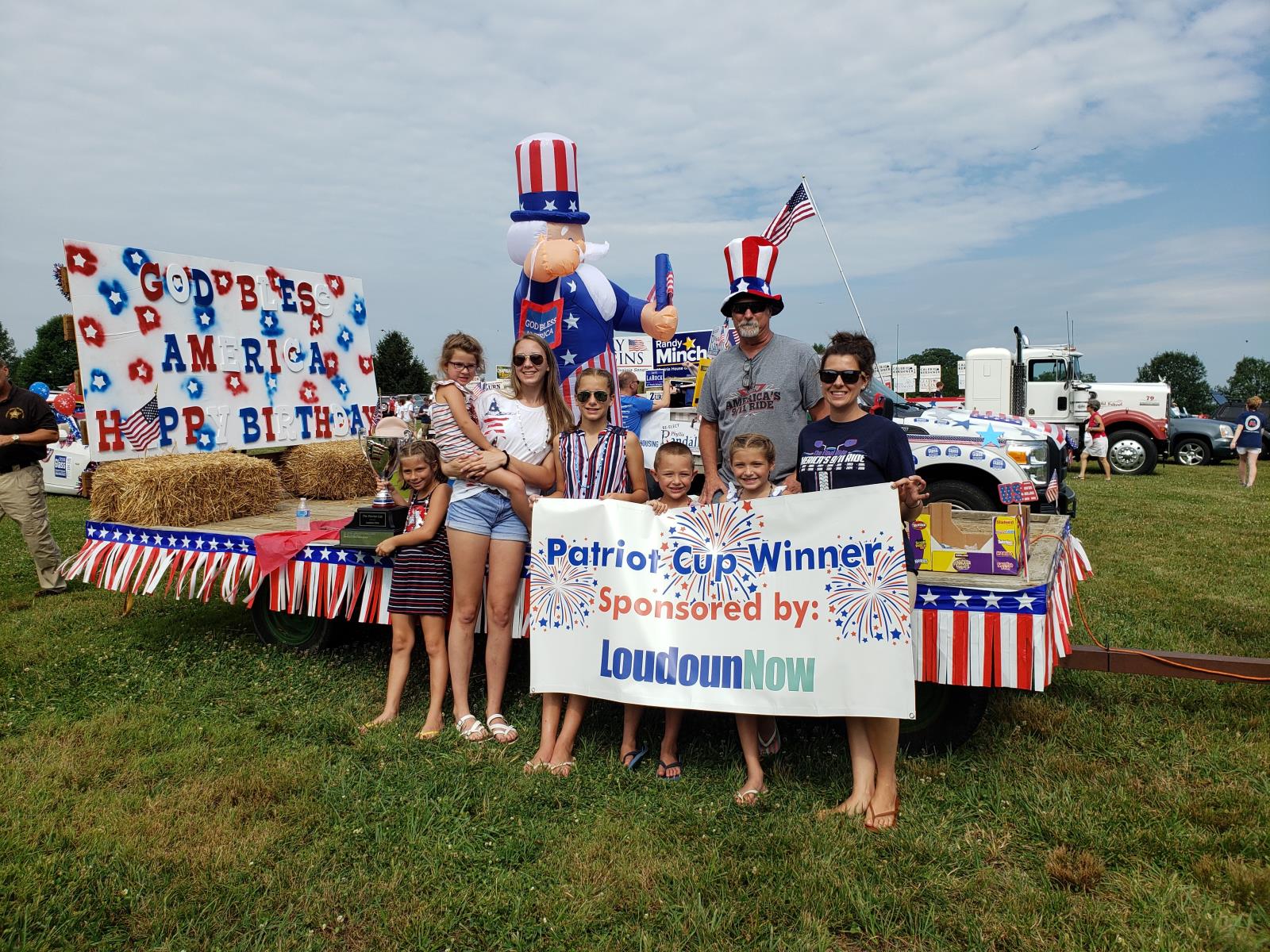 Ted and Lisa Sjurseth, who have lived in the Town for 29 years, have participated in a number of parades in the past. This year’s float was inspired by their grandchildren and took about three hours to create.

“We are typically on a different float but the grand kids wanted to do one of their own,” Lisa Sjurseth said. “The kids were surprised and very happy to win.”

Mayor Kelly Burk presented the 12th annual Patriot Cup to the Sjurseth family following the parade. It will be engraved with their names and placed on display at the Leesburg Town Hall. The family will be presented with a certificate of recognition during the July 23 Town Council meeting. The Patriot Cup competition is sponsored by Loudoun Now newspaper.